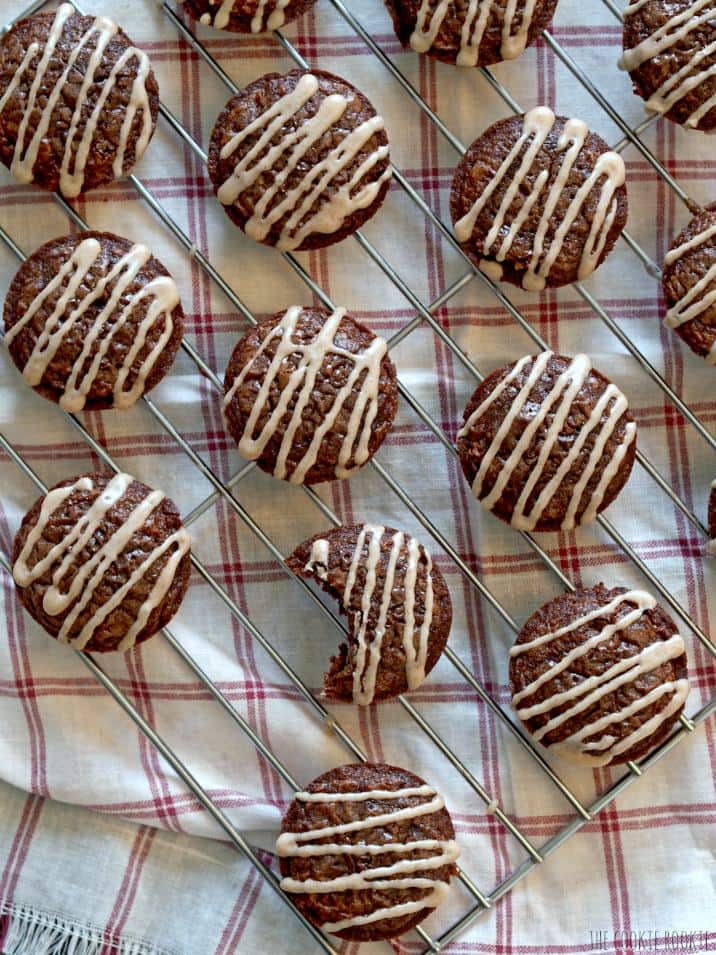 Brownie Bites are such a fun sweet treat. I made these a little spicy by turning them into Mexican Chocolate Brownies, and they are so addicting. Combine brownie mix with some extra spices, bake, and you’re done! 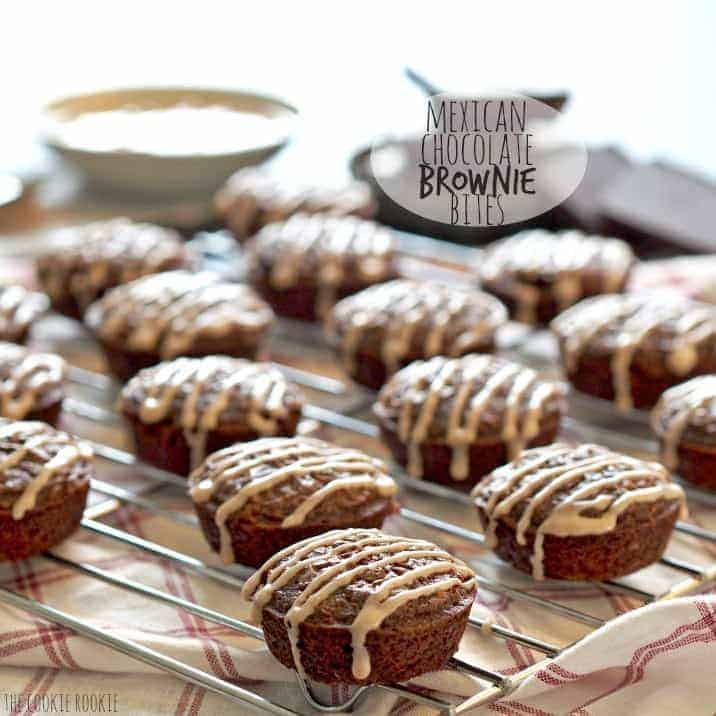 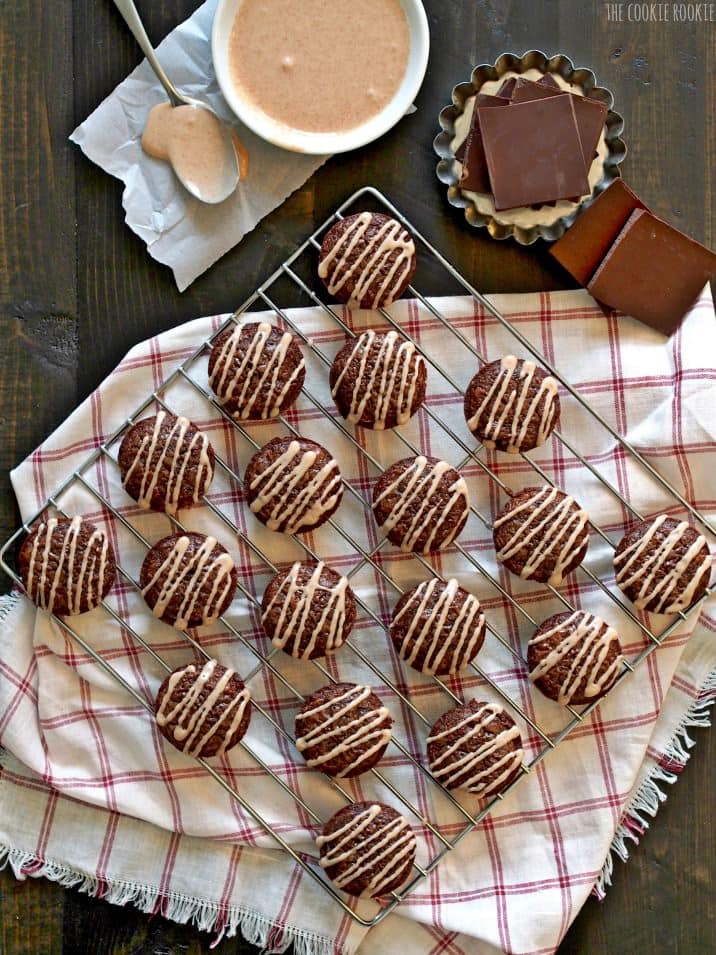 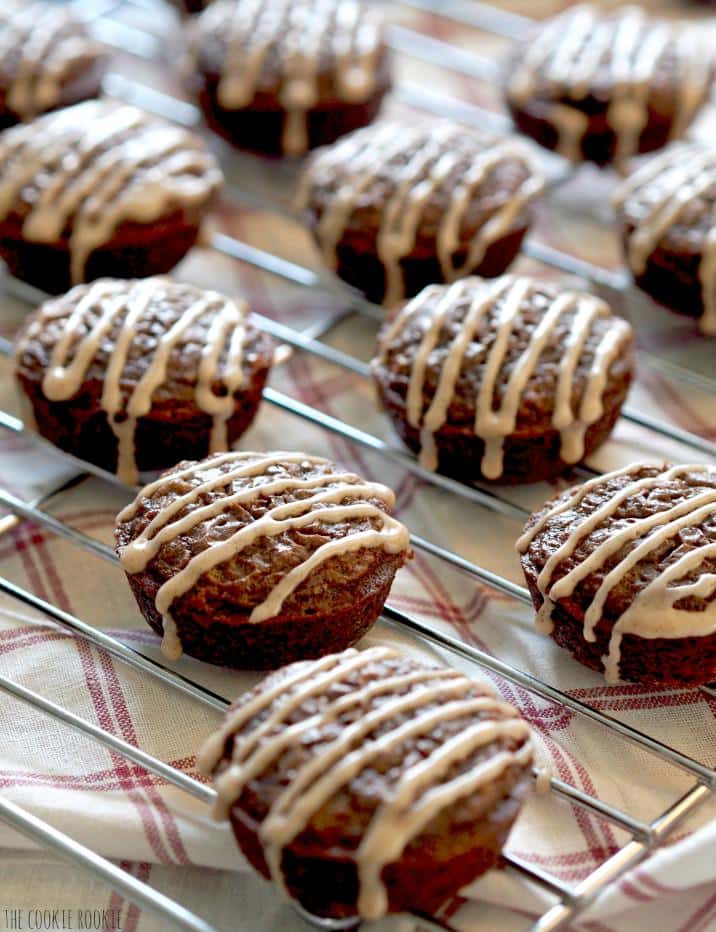 I first have to admit that I used a boxed brownie mix for the base of this recipe, and there’s no shame here. Sometimes you want a really easy dessert recipe, and that’s exactly what this is!

Using brownie mix and adding a few extra things to turn it into spicy Mexican chocolate makes it even better. And turning it into brownie bites makes them so much more fun too!

What is Mexican Chocolate?

Mexican chocolate is typically a mixture of chocolate and spices, most often cinnamon. Traditionally, it’s a paste or solid bars. I added cayenne pepper, cloves, and cinnamon to give a subtly spicy flavor! 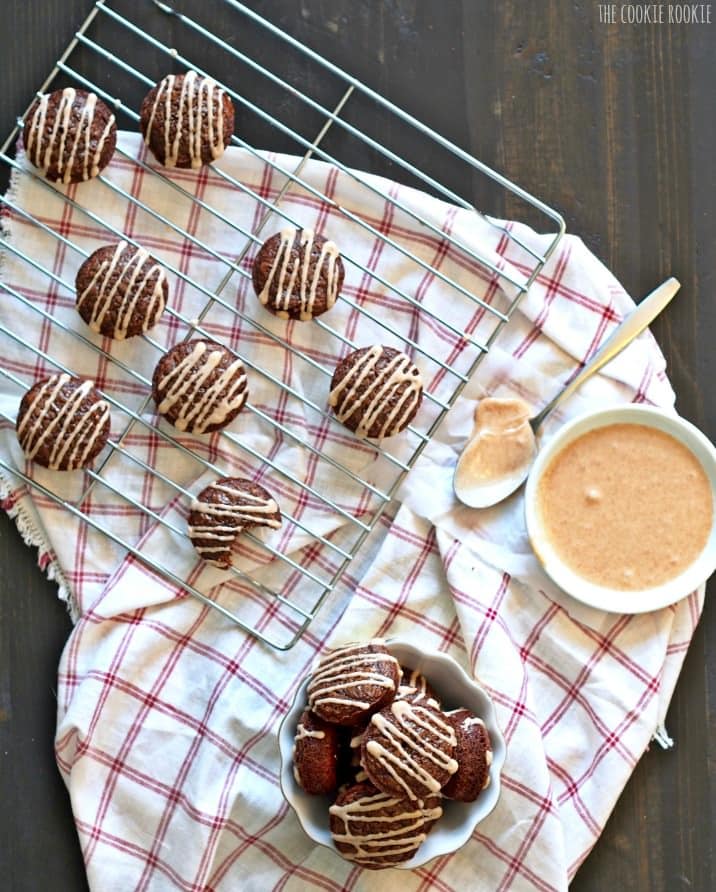 These spicy little brownie bites are as simple as adding the spices to the brownie mix, baking the brownies in a mini muffin tin, and then topping them off with an easy and super quick cinnamon glaze. Easy!

You can certainly make your own brownie mix from scratch if you like, but I prefer the quickest way to get these bites baked and popped into my mouth.

Making the cinnamon glaze is just as easy too. It’s just a mixture of powdered sugar, milk, and cinnamon. Top the little brownies generously.

Note: Make sure you have the necessary ingredients listed on the box of brownie mix! Usually it’s vegetable oil and eggs.

Check the recipe card for the full details instructions! 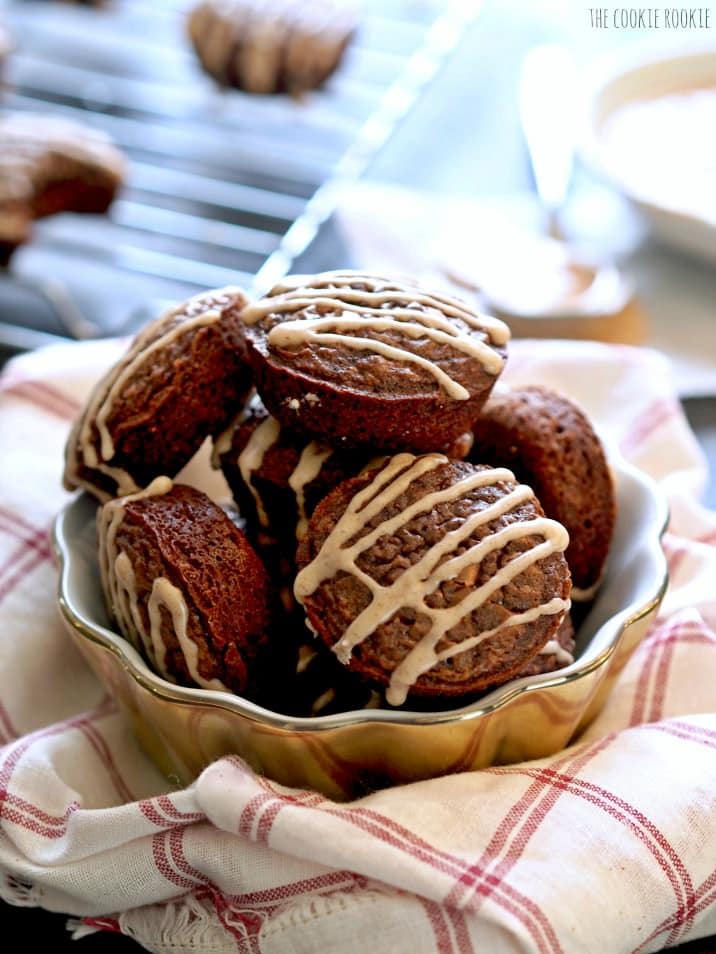 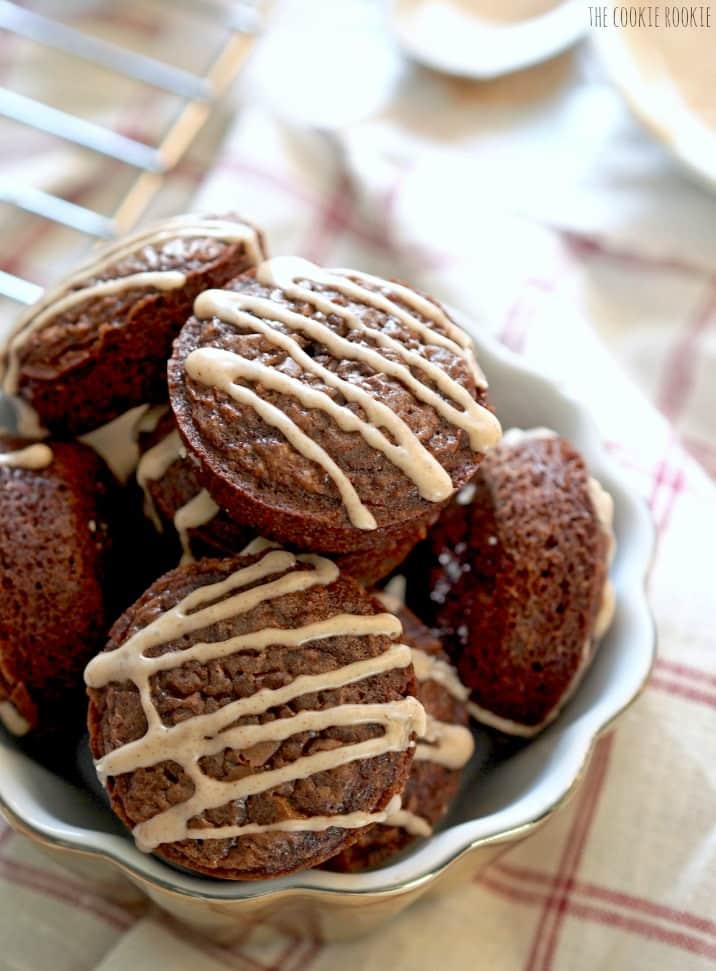 Here are a few quick ideas if you want to change up the recipe, plus some useful tips to help you out. 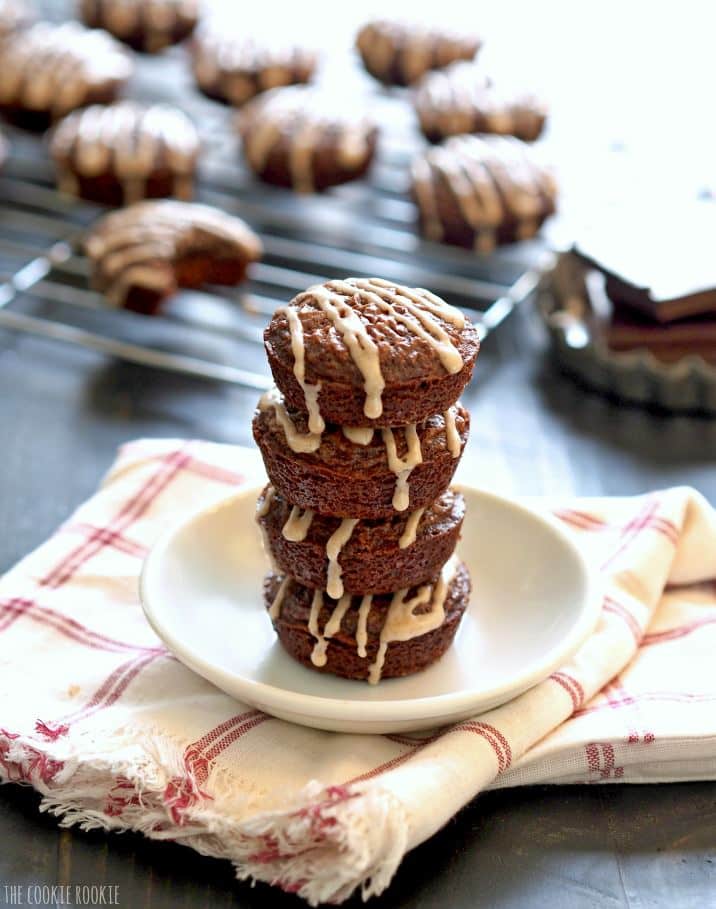 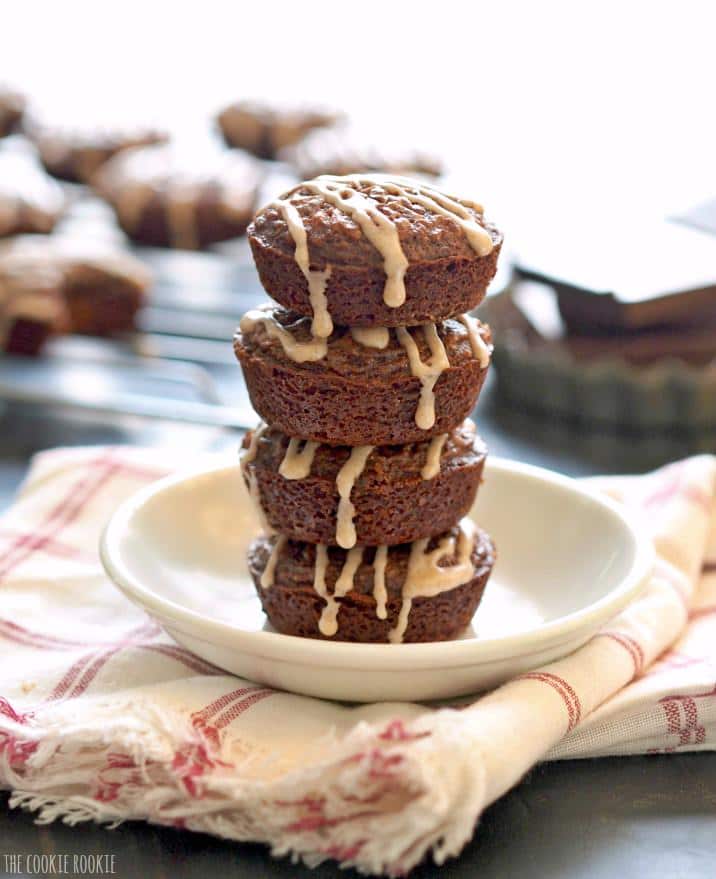 I hope you like these Mexican Chocolate Brownie Bites as much as I do. The heat from the spices is so tasty in bite-sized pieces. Kind of addicting. Enjoy!

Be sure to try these other chocolatey recipes: 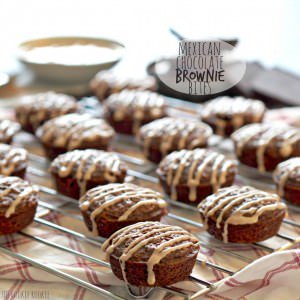 Serves12
Print Rate
Spicy Mexican Chocolate Brownie Bites are a fun and different way to your favorite dessert! A little bit of spice is a delicious pairing with chocolate, and these Mexican brownies prove it!

Note: Make sure you have the necessary ingredients listed on the box of brownie mix! Usually it's vegetable oil and eggs. You'll need them to make the brownie mix as directed on the box, and then mix in the spices. 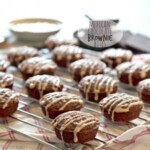 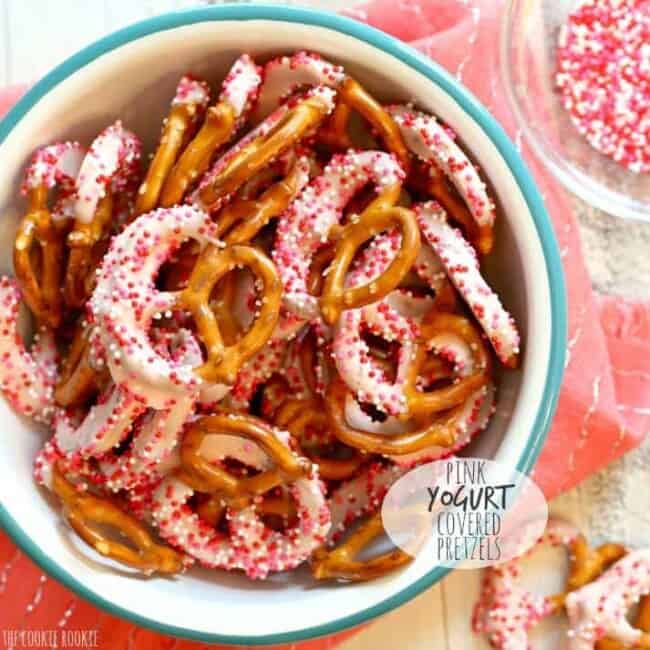 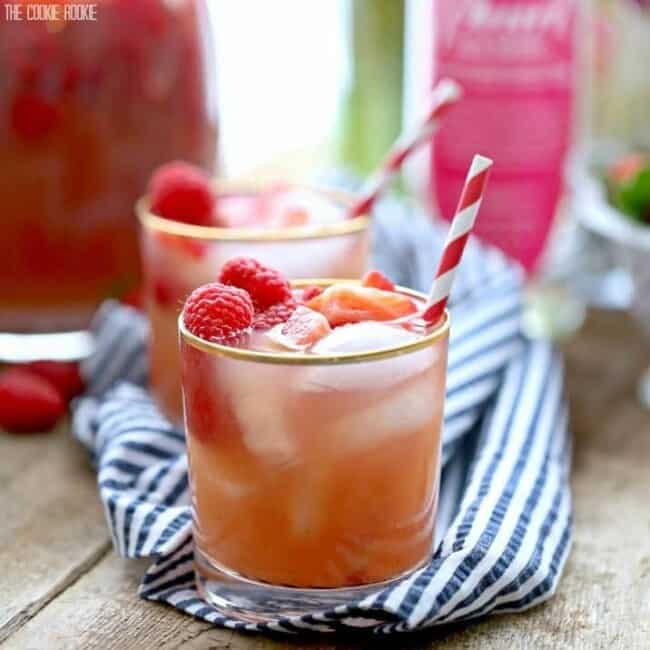 Do you use a 24 hole mini muffin pan?

Yes that is what we used

These look amazing. Do they keep for longer in the bite-sized shape than they would as regular square brownies?

Should you wait for them to cool before adding the glaze?

Yes I would. If not, it might cause the glaze to re-melt and not hold its shape. Hope you love them Jena, Happy New Year!

Has anyone ever made these with a gluten-free brownie mix? My hubby is gluten- and dairy-free, so I think I’ll try that swap and also use almond milk instead.

Not that I know of, but I think those substitutions will work just fine! Hope you both love them :)

Love Mexican chocolate anything.. the spice just gets me every time! These little brownie bites look incredible and I bet taste just as delicious as their perfect appearance.

Thank you so much Thalia!!!

Little bites like this are dangeroussssss in my house!! haha I would eat way too many – they sound delicious!

Thanks Ashley! I loved your IG pic today of Emma enjoying the snow. So cute!

YUM! Love the look of these little beauties. I wish I had a few to munch on right now :)

Thanks so much girl!

oh man these look dangerous. I can see me easily eating about five of these at once it’s that addition of Mexican spices. Yum. And your photography is beautiful!

Bite sized brownies = dangerous! Love the Mexican spin you put on these!

Thanks so much friend :)