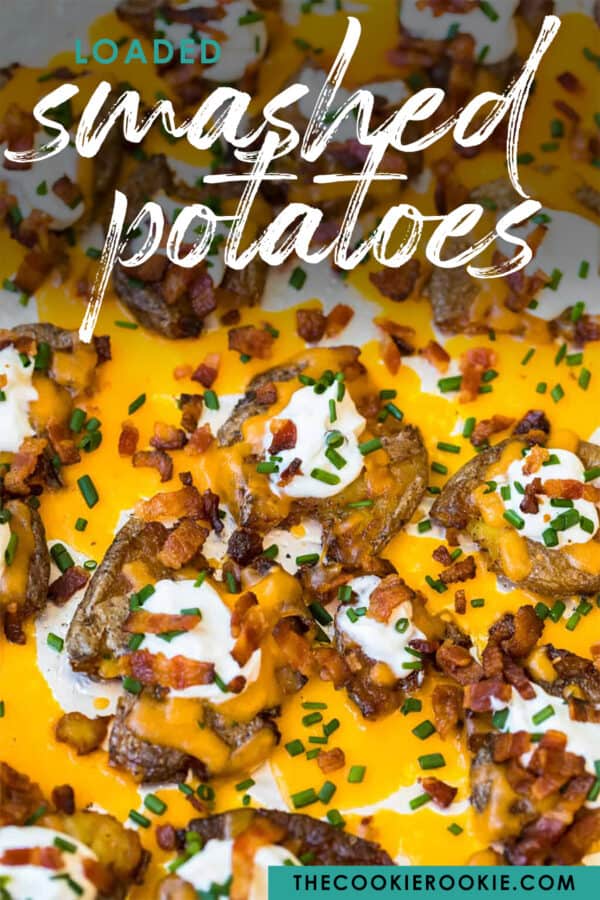 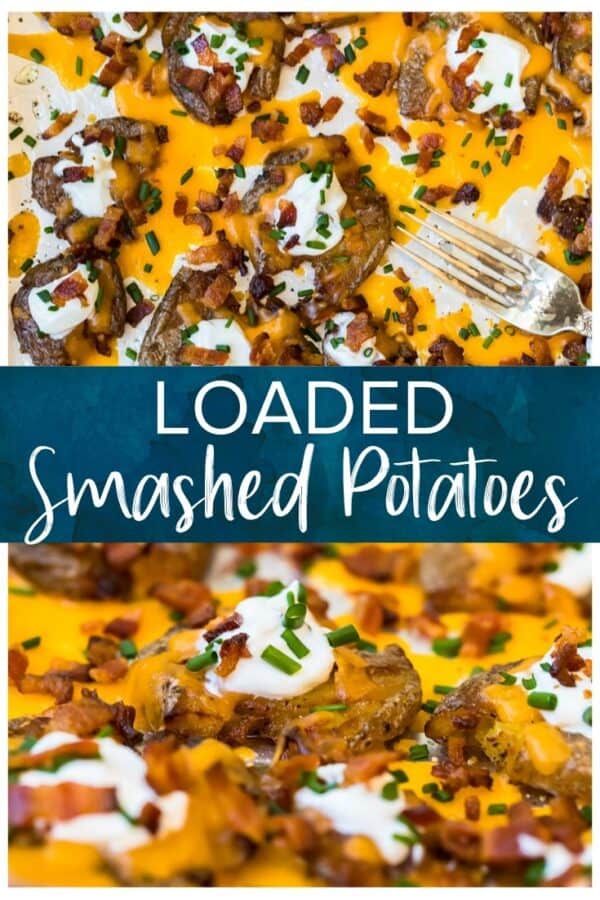 These loaded smashed potatoes are the ultimate side dish or great to serve as an appetizer. Made with a handful of simple ingredients, these are a real crowd pleaser!

I for one love a tasty potato side dish, and when you add bacon, sour cream and chives they really don’t get much better! I also love serving these as a group appetizer – they disappear so quickly!

How To Make Loaded Smashed Potatoes

You can jump to the recipe card for full ingredients & instructions!

Prep: Rinse the potatoes and boil them until they are fork tender and drain. Cook the bacon in a skillet and crumble it into pieces. Set the bacon fat to one side. Preheat the oven and cover a baking sheet with foil.

Cook: Cook the potatoes until they are crispy and golden brown, flipping halfway through.

Serve: Top the potatoes with the crumbled bacon, cheese, sour cream and chives and serve.

Crispy and Fluffy Potatoes Every Time

Smashed is easily my favorite way to enjoy the humble potato. The outsides get amazingly crispy edges while they remain light and fluffy inside.

Cooking them in bacon fat really enhances the flavors – they really are irresistible!

What are the best potatoes to use?

New potatoes, baby reds or Yukon golds all work well. You don’t need to peel them as the skins are thin, just give them a quick wash before boiling them.

Can you make them ahead of time?

Loaded smashed potatoes should be served straight out of the oven, but you can do a lot of the prep the day before.

Boil and smash the potatoes and place them covered in the fridge for up to 8 hours. When you are ready to cook them, simply melt the bacon fat and bake them. 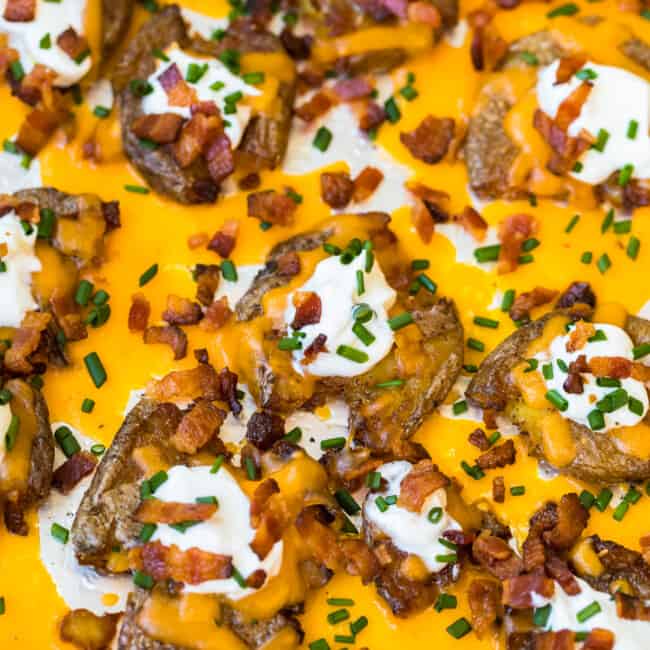 Serves6 people
Print Rate Save Saved!
These loaded smashed potatoes are the ultimate side dish or great to serve as an appetizer. Made with a handful of simple ingredients, these are a real crowd pleaser! 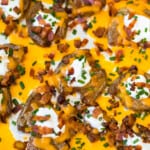 Haven’t got to try anything yet but they sound delicious.

I hope you enjoy it once you make them :)