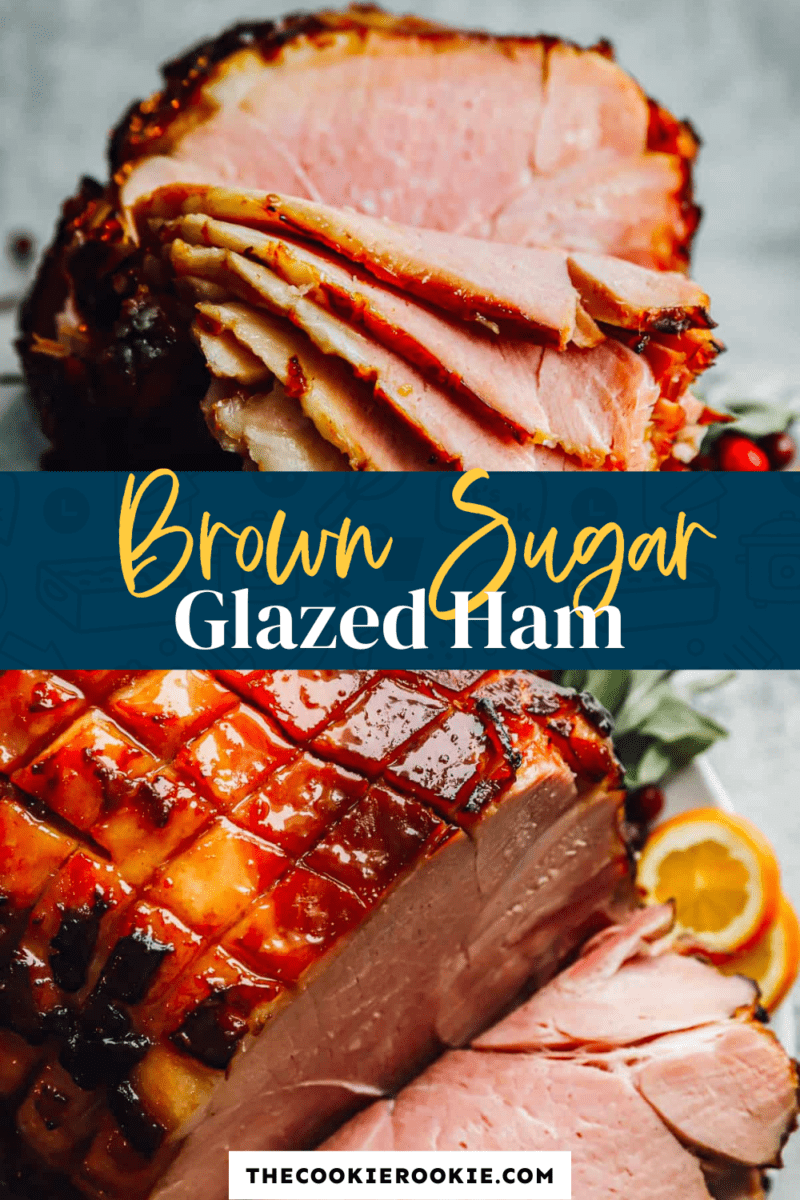 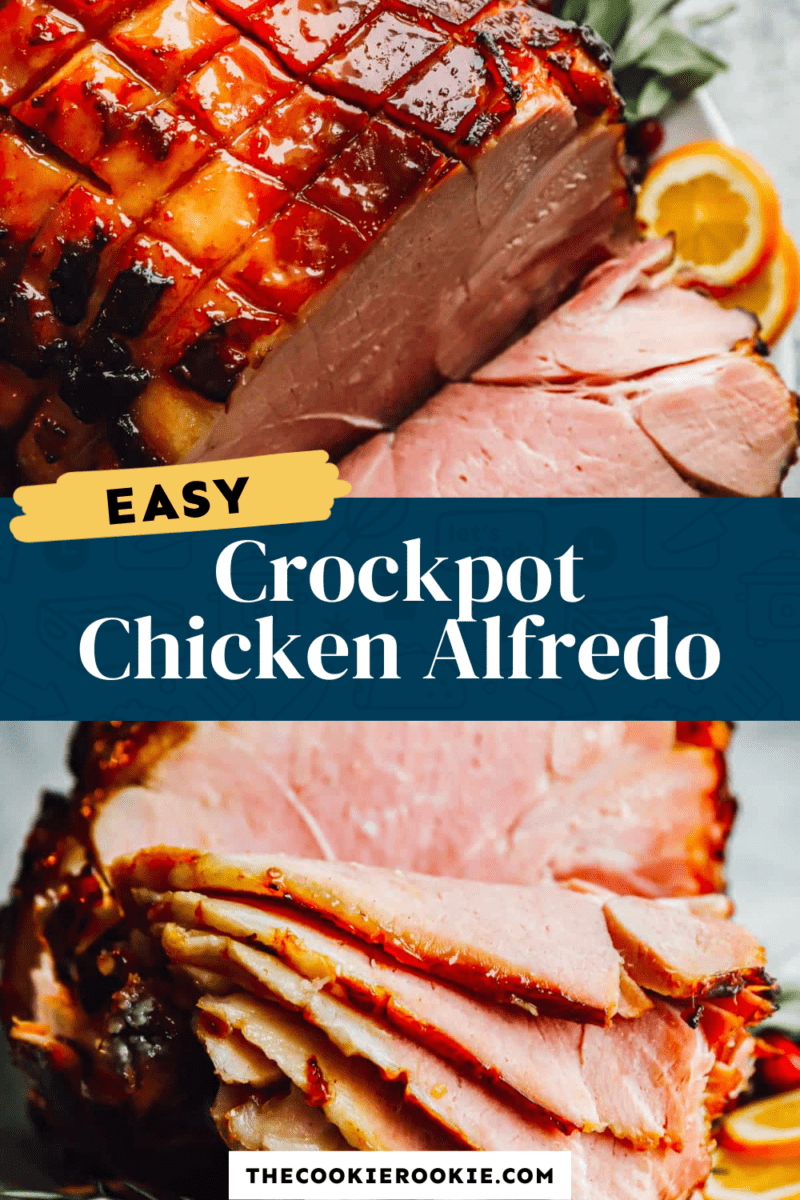 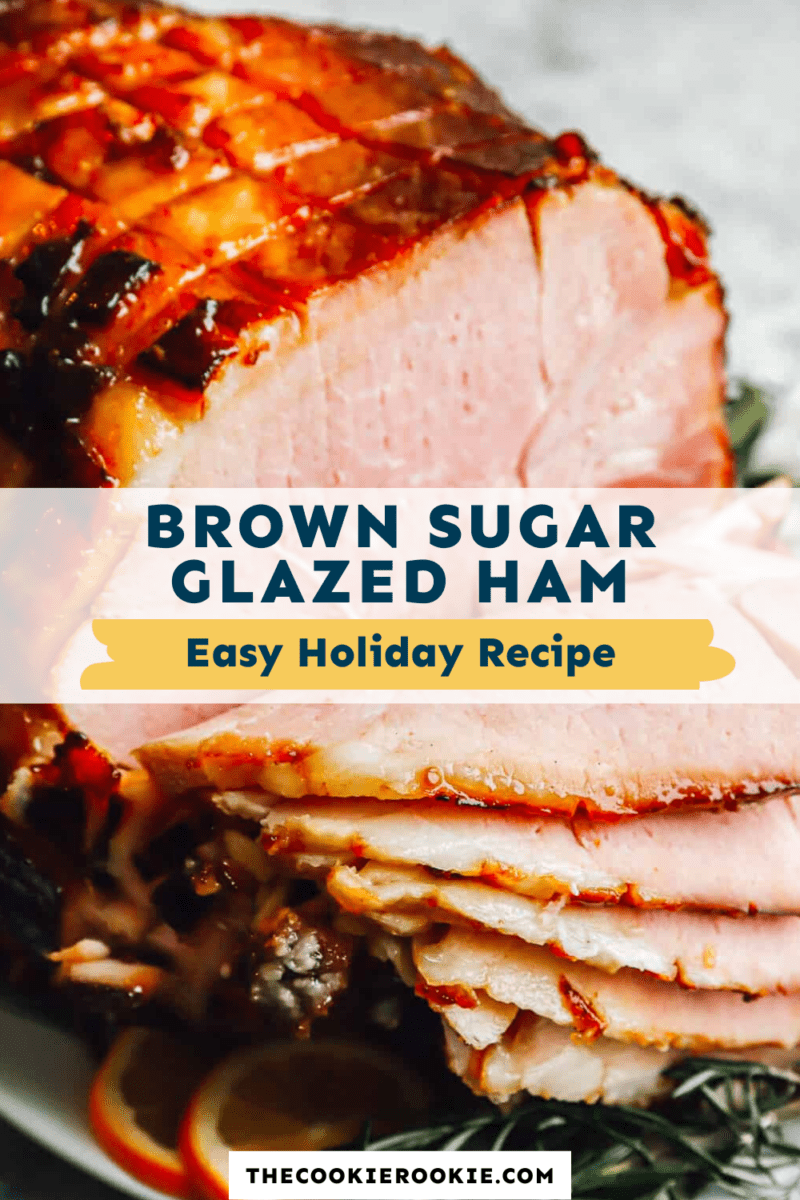 Nothing stirs nostalgic Christmas dinner memories more than a brown sugar-glazed ham at the center of a holiday table. While it is a tempting shortcut to buy a pre-made spiral cut ham for your next holiday feast, making a delectable, delicious one at home is easier than you think and always more satisfying!

From the easy prep to the fantastic aromas wafting from the oven, homemade brown sugar glazed ham is a dream recipe I look forward to making every year. A whole ham – roasted and covered in the sweetest, tangiest glaze ever – makes the juicy, tender, and perfect ham my family craves.

How to Make Brown Sugar Glaze for Ham

You can jump to the recipe card for full ingredients & instructions!

Why should I glaze a ham?

If you are planning on serving a ham during the holidays, it’s well worth the small effort to glaze it. Glazing adds color, texture, and flavor to the meat, and it’s as simple as heating all of the ingredients on the stovetop. It’s so impressive to serve to the table, and it’s one of the most traditional of festive foods.

What kind of ham should I use for brown sugar glazed ham?

For the juiciest ham, you’ll want to look for a bone-in ham. Leaving the bone in will help keep the meat moist and flavorful throughout the cooking process. I recommend looking for a solid piece of ham rather than a spiral-cut one.

How much ham should I plan on per person?

If you’re using a bone-in ham, you’ll want about ¾-pound per person. So, a 15-pound ham will serve about 20 people.

When should I put the brown sugar glaze on my ham?

I recommend using a basting approach for this ham. After the first hour of cooking, baste the ham with ⅓ of the glaze, then let it cook for another hour and baste again. You should do this three times total over the course of cooking, then let the ham continue to cook all the way through. At the end of cooking, spread the remaining glaze over top.

How long does brown sugar glazed ham take to bake in the oven?

Store leftover brown sugar glazed ham in an airtight container in the refrigerator for up to 4 days. Enjoy cold, at room temperature, or reheated in a 325°F oven until warmed through.

Freeze brown sugar glazed ham in individual portions in Ziplock bags for up to 3 months. Leet thaw overnight in the refrigerator before serving.

Brown sugar glazed ham is a special recipe for special occasions. After you make it once, it will quickly become an annual Christmas tradition in your house too! 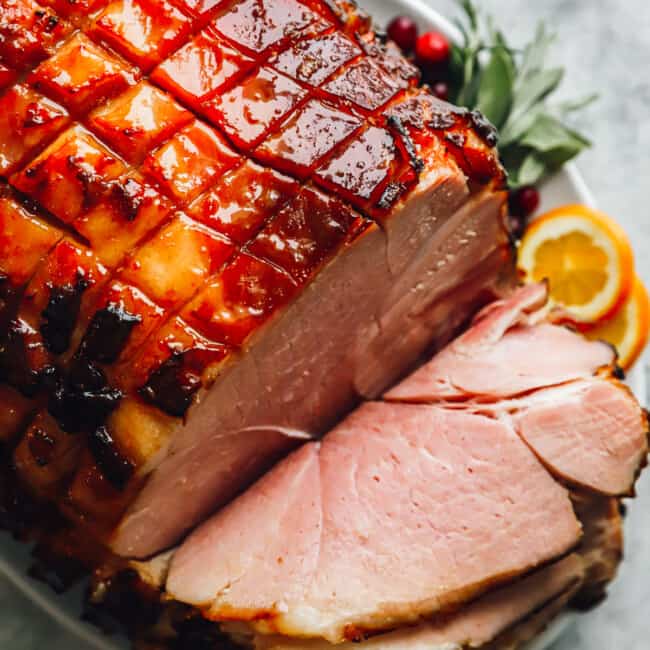 Serves20 people
Print Rate Save Saved!
A whole ham, baked and brushed with the sweetest, tangiest glaze, makes the juicy, tender, and delicious ham your family craves at Christmas!

Storage: Store brown sugar glazed ham in an airtight container in the refrigerator for up to 4 days or in the freezer for up to 3 months. 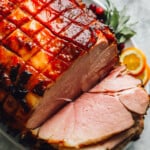 Sign Me Up
0 Comments
Inline Feedbacks
View all comments