Burgers in the Oven (How to Broil Hamburgers) 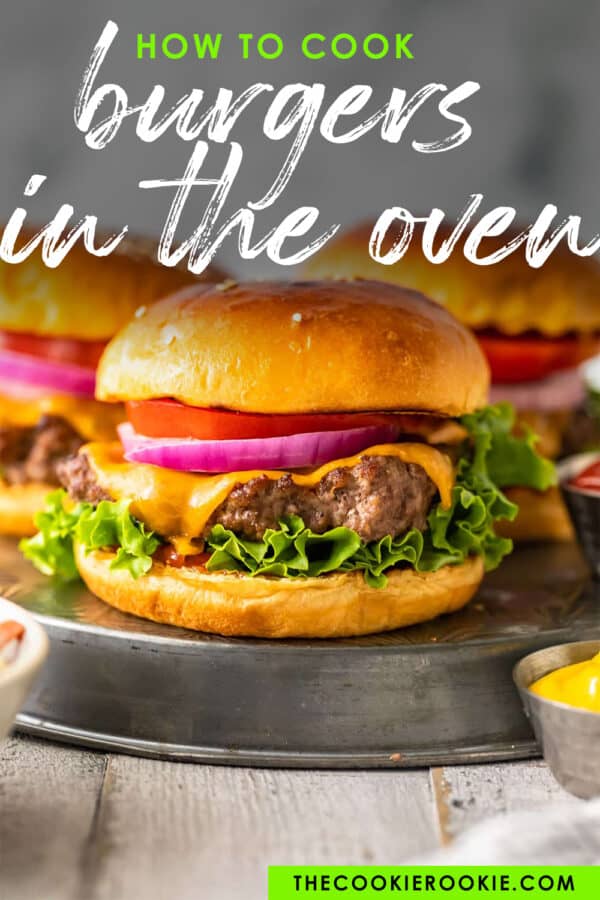 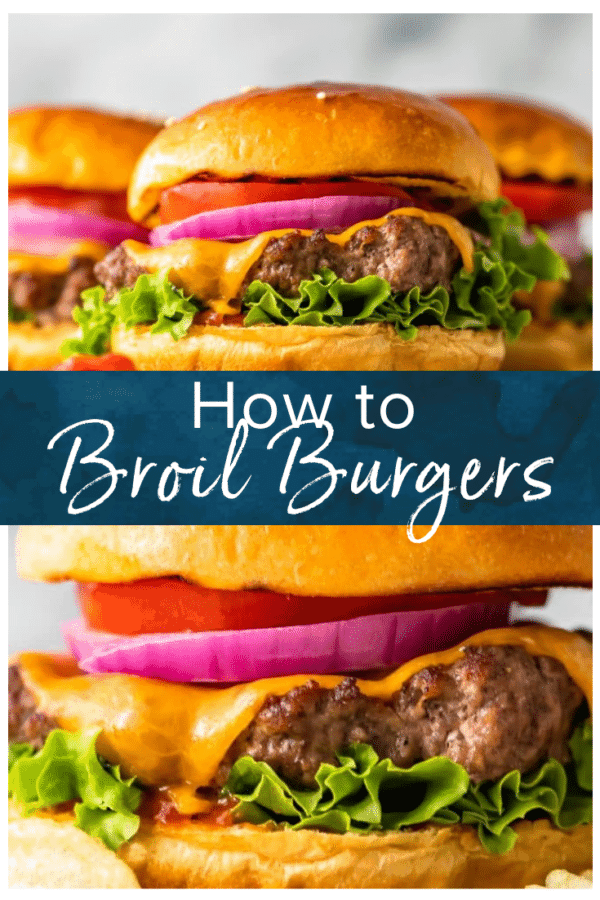 Burgers in the Oven

Skip the grill and follow this recipe to learn how to broil hamburgers to perfection!

Burgers are a favorite All-American recipe that I just can’t live without during the summer. Nothing beats a fresh and hot homemade hamburger. Yum!

Sometimes grilling just isn’t an option, but you can broil hamburgers in the oven instead. It’s an easy method for cooking hamburgers, it’s quick, and they come out nice and juicy.

Melt a slice of cheese onto the patties if you prefer cheeseburgers, then layer them up on toasted, buttered buns (my favorite way to do it), and add your favorite toppings (onions, lettuce, tomato, mustard, ketchup).

This is one of my favorite hamburger recipes because it’s just so simple, but they come out perfect every time. Add a side of fries or chips and you’ve got the best summer meal!

Learn how to broil hamburgers for a simply delicious dinner!

You probably immediately think of grilling when you think of burgers, but that’s not the only way to cook them! Maybe you don’t own a grill, or maybe the weather is just bad and you can’t get outdoors to cook. This recipe is perfect for those occasions!

You can easily broil hamburgers in the oven and come up with a burger that is just as juicy and delicious as if it were grilled. It takes less than 10 minutes to cook!

How long does it take to broil hamburgers?

When broiling burgers in the oven, you’ll need to cook the patties for about 3-4 minutes on each side (so a total of 8 minutes). Be sure to check the internal temperature of your burgers so you know when they are done.

Cooking Burgers in the Oven

Which is better, cooking burgers in the oven or on the stovetop? I wouldn’t say either method is better than the other. I love to broil hamburgers, and I love to cook them on the stove too.

Both are easy to do, and both allow you to make burgers indoors, any time of year. Everyone will have their preference, but I recommend trying both methods to see what works best for you.

How to Cook Burgers in the Oven

Broiling hamburgers is simple. You don’t need much time to do it, and not many ingredients. Just set your oven to broil, and less than half an hour later, you’ll have burgers ready to eat!

I like toasting the hamburger buns so that they’re warm and just slightly crisp, instead of soft and cold. Then pile on your preferred toppings and condiments for the perfect burger!

Hamburger temperature is a very important factor when cooking hamburgers. Whether you broil burgers, grill them, or cook them on the stove, ground beef should be cooked to 160°F for safe consumption.

Useful fact to understand about ground beef: bacteria sits on the surface of meat, so when you have a solid cut of beef, you only need to worry about cooking the surface (which is why you can eat some cuts quite rare on the inside).

Ground meat, however, gets chopped and ground up, mixing that surface area (where bacteria might live) throughout all of it, inside and out. So everything needs to be cooked well to make sure no part is left too rare.

Making your own ground chuck at home (instead of buying ground beef at the store) gives you more freedom with the internal temperature. This would make it safer to eat burgers at medium-rare, versus cooking to medium-well/well-done at 160°F.

Note: Remove your burgers from heat about 5 degrees before your desired temperature. They will continue cooking for a few minutes after being removed from heat, so this is the best way to make sure they’re not overdone.

Learn more about internal temperatures for different meats plus get a FREE printable Meat Temperature Chart.

I love using this meat thermometer for making sure the meat is at 165 degrees! Easy for beginners & totally worth the $10 cost!

Once you figure out how to broil hamburgers, it’s time to move on to the sides. The meal isn’t complete without the classic sides: fries, chips, coleslaw, the works! Here are my favorite side dishes for burgers!

Burgers in the oven is one of the best ways to make them, simply because you can make them in the oven, all year-round, without a grill. That being said, we’ve got lots of great burger recipes to share. Grill, broil, cook them on the stove; hamburgers, chicken burgers, turkey burgers…we’ve got them all! There’s something for everyone.

Burgers All the Ways

Start cooking those hamburgers! They’re perfect for easy weeknight dinners, weekend lunches, or parties. There’s never a bad time for a perfectly cooked burger, so make this one of your go-to recipes!

Burgers in the Oven (How to Broil Hamburgers)

Serves4 people
Print Rate Save Saved!
Learn how to broil hamburgers for a juicy, delicious burger. Cooking hamburgers in the oven is an easy and quick way to make them any time of year, without a grill. Add cheese, your favorite toppings, and enjoy!

Every broil recipe I see says to set broil on high. My oven requires me to enter a temperature, not just low or high. Can anyone help me out on that?

Broil on high is about 550 for most ovens!

I have made this recipe about 6 times now and the burgers have been super juicy and delicious every time! I did have a grease fire once because I had the meat too close to the broiler fire (that caused my husband to purchase a fire extinguisher) my family LOVES this burger method. Thank you, Becky 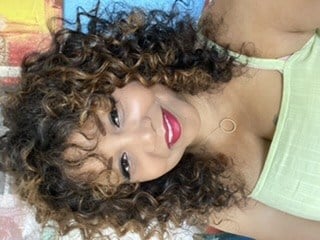 Oh, man! Thank goodness for that fire extinguisher! Thanks for sharing, Shanel!

Thanks for the wonderful tip on forming the patties. Works great.

Thanks for stopping by, Paul!

A grease fire started in my oven following this recipe closely. The burger tasted pretty good, though.

Same thing happened to me last night! 😡 will never use sheet pan again. Broiler pan is much safer.

Thanks for the tips! This will be perfect when it’s 110 outside and nobody wants to stand in front of the grill to make burgers!

Broil on high or low…mine has 2 settings

Such a savory and delicious looking meal! Looking forward to having this for dinner; yum!

You’re going to love it!!

What a brilliant idea! This is perfect for when it’s raining outside and we can’t grill!

This is the best tip for making easy burgers!